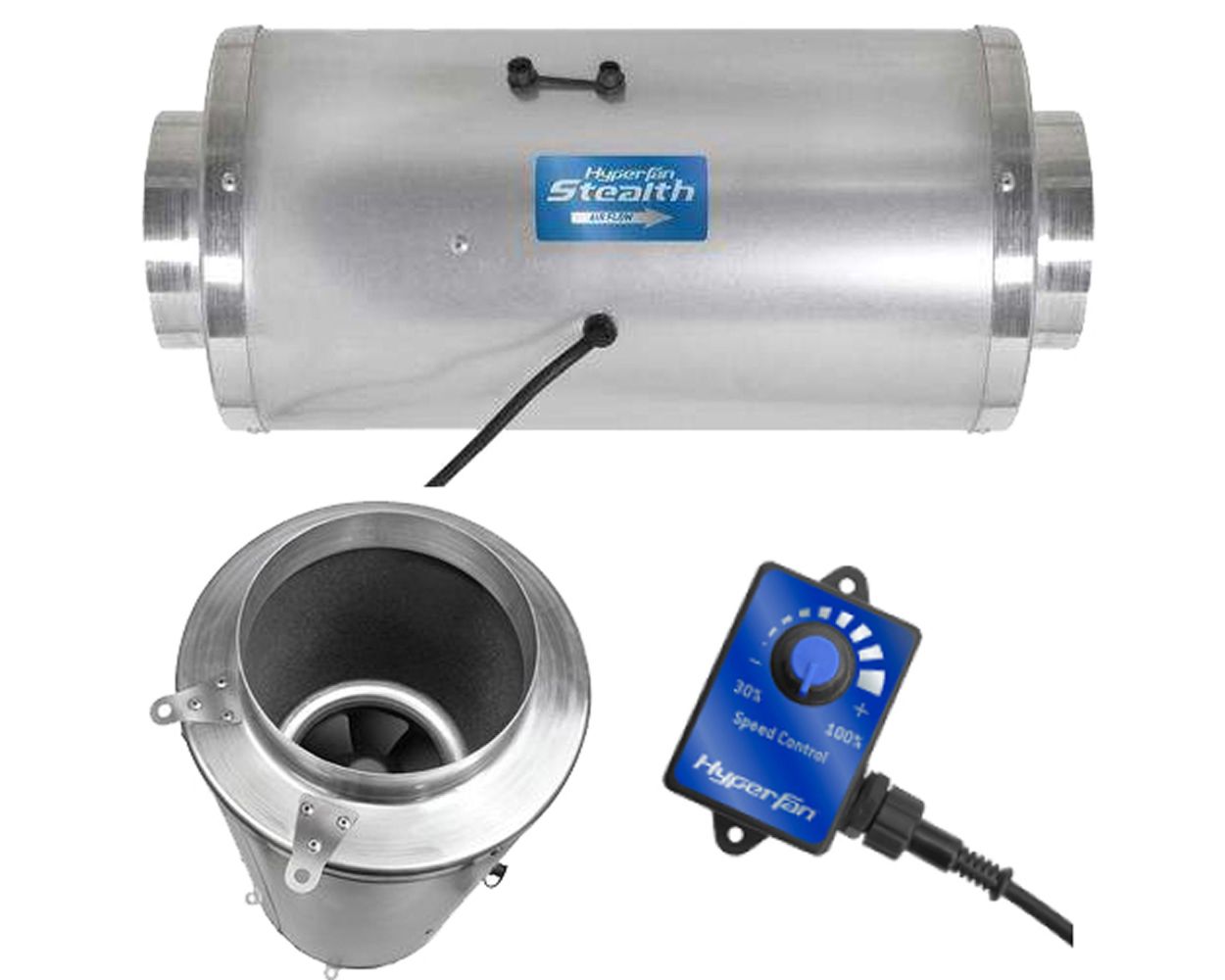 Out of stock
Only %1 left
SKU
phresh_hyper_fans_stealth
Details
Optimal airflow is essential to successful hydroponic cultivation, which makes the Stealth Hyperfans from Phresh a good choice. They're whisper quiet, and use laminar flow fan blade and stator technology to create the optimal airflow – they're similar in design to the jet engine of an aeroplane! This design means you get very high CFMs (cubic feet per minute) of air volume when the fans move – and they provide exceptional static pressure performance. They're an upgrade on the original Hyperfan because they combine a silencing canister with lightweight acoustic foam. This gives a major reduction in noise, 15 dBA, a level at which the human ear perceives as 75% quieter. The fans use 50% less power than traditional fans would and come with a speed controller as well as integrated mounting brackets to make installation as easy as possible.